Cricket is the second most popular spectator sport in the world after football (soccer), having originated in the mid-16th century in the south-eastern counties of England. It is believed that the game begun as a children’s game and slowly taken by adults around the beginning of the 17th century.  It became England’s national sport in the 18yh century, spread globally with the expansion of the British Empire. Nowadays it’s mostly played and followed in the United Kingdom, India, Australia, southern Africa, and the West Indies. The governing body of the game is The International Cricket Council (ICC), having more than 100 members while the game’s rules or The Laws of Cricket are maintained by the Marylebone cricket club in London.

Rules of Cricket for Beginners

Played all over the world and loved by millions of people, cricket is a fun and social game, an ideal choice to keep yourself active. Although game’s rules are a lot more than other popular sports, they are not difficult to learn. Take your time to get familiar with the basics and be prepared next time you attend a match, participate in a game with friends or make a bet on an event at your favorite online casino.

The cricket’s rules and terminology may sound complicated for beginners, but the simple idea of the game is to score more runs (points) than the opposite team whatever what variation of the game is played – a test match (played over five days) or one day (limited-overs) event.

Here are the essential rules that once understood will allow anyone to play and enjoy the game.

Cricket is a game of two teams of 11 players playing against each other. Each team takes a turn to bat the ball and score runs while the opposite team fields the ball and tries to restrict their opponent to score. The bowler is a player from the fielding team who has to hit the wicket with the ball, while the rest of the team are called fielders. One of the fielders – wicket-keeper, stands behind the wicket trying to catch the ball if the bowler misses.

It is a bat-and-ball game played on a cricket field, called ground, which is usually circular or oval in shape. There is a rectangular pitch at the center of the ground and a wooden target – wicket, placed on both ends of the pitch. The pitch is marked by lines. A line named the bowling crease is located in line with the wicket, while another one called the popping crease is around 1.2 meters in front of it. The area formed by these two creases is the place where the bowler and batter are standing. 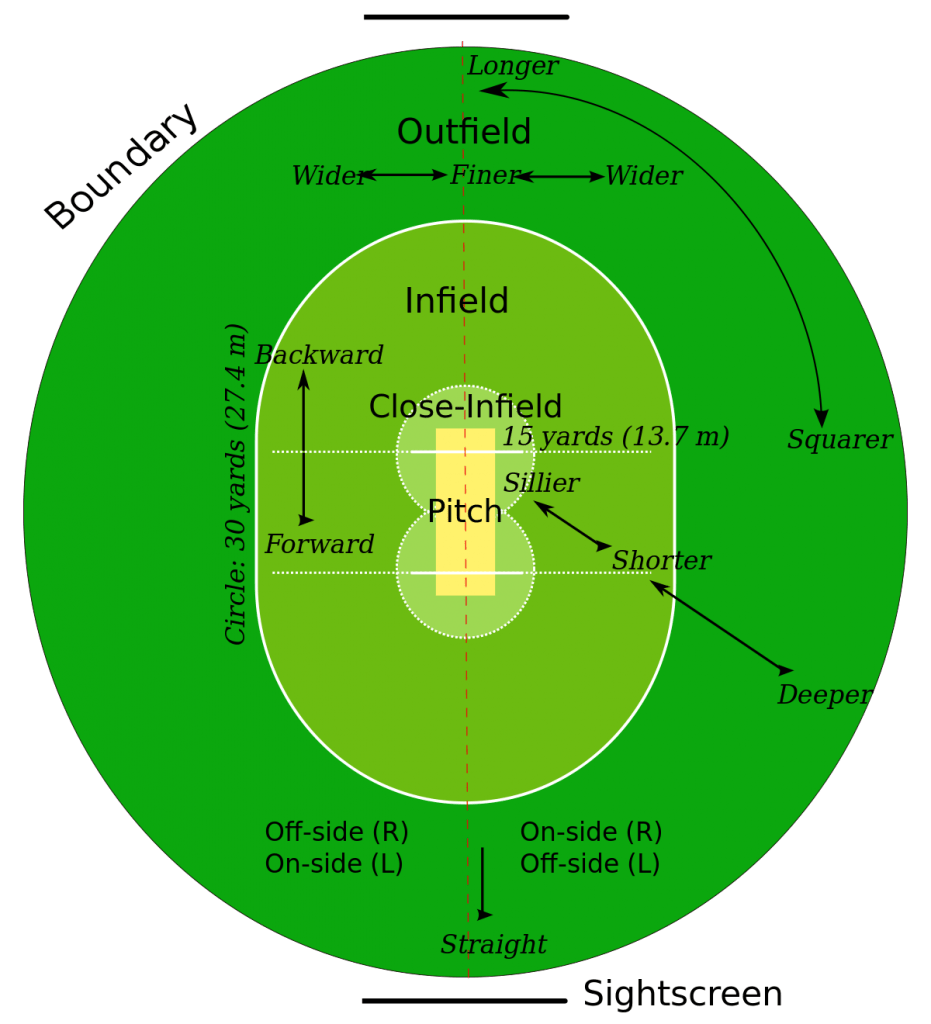 The batsman from the opposite team will attempt to hit the bowled ball before it hits the wicket. The rest of the fielders are required to chase the ball once the batsman has hit it. The role of the batsman is to prevent the wicket from getting hit by the ball, by batting the ball away.

Cricket matches consist of certain time frames known as innings. Each team has a determined number of innings before the beginning of the game, usually one or two. During these innings, the ball is batted by one team, while the opposite is trying to field it. Before the match begins, the captain of both teams will toss a coin, with the winner of the toss being able to decide which team bats and fields first.

According to the cricket rules, batsmen can be given out in different ways: Bowled, Caught, Leg Before Wicket (LBW), Stumped, Run Out, Hit Wicket, Handled Ball, Timed Out, Hit The Ball Twice, Obstructing The Field.

If you wonder how to bet on cricket and win we advise you to gain a basic knowledge of the game itself, the players, or the competition format in order to be successful and win money. There is no much difference between cricket betting and betting at other major sport, but these are the events you can bet on in a cricket match:

Where to Bet on Cricket

There are many platforms where cricket fans can place a bet, but choosing a reliable and secure one with the best cricket betting odds is essential. Choosing Lilibet Sportsbook to place your bets on cricket you will find how easy and smooth is everything. You will also find events from the major cricket events in the word like IPL and many more. Not only this but our dedicated customer support is always online to support you if face any difficulties or have questions of any kind.

Read about other sports here.